Nowadays there are more people living in cities than others. Due to the job market, urban lifestyle and better infrastructure, more and more people prefer urban environments. This leads to rising rents and a lack of housing.
With udomi we strove to start a conversation about whether or in what extent those urbanization issues can be addressed by technological progress and innovative ideas.

In western societies apartments usually have several rooms of which only one is used at a time. Rooms are mostly unifunctional - like the bedroom which pertains empty during daytime.
We asked ourselves what would happen if we would have one room which could physically transform into whatever the inhabitant currently needs. A single rooms which could satisfy all the needs people have to a whole apartment.

With a real-size look and feel prototype and a down-sized technology and interaction prototype (out of polystyrene and lots of electronics) we demonstrated how such an always-adapting room could function and feel like.
In Addition to the prototypes we created a business- and technology concepts to show how the concept could become reality now or in 15 years.

udomi was nominated for the German Future Award 2016. 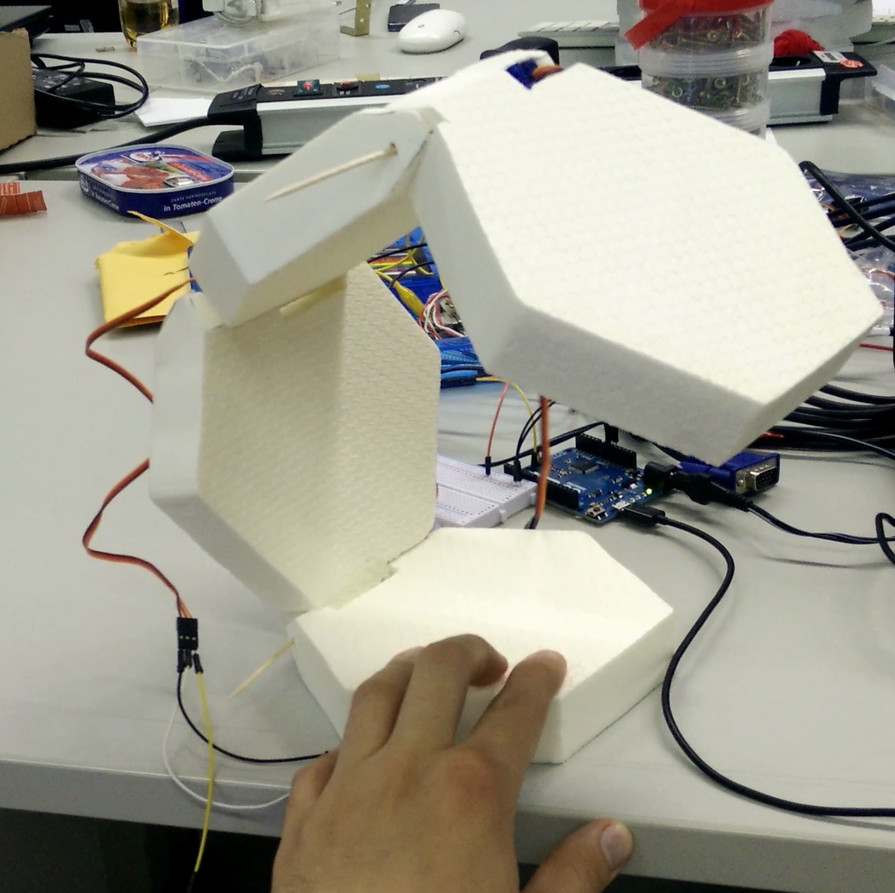