Regain control over the main ressource for AI: your data

Data is the raw material of artificial intelligence. In the future, companies will be measured and evaluated based on their approach to handling personal data. Ikos is a new services that uses AI to support users with the intelligent management of their data streams.

It is almost impossible to wander through digital space without constantly giving away personal data. What the receiving companies do with the data is usually not revealed to their customers. Additionally most consumers are not aware of the conclusions that can be drawn based on this data.
But the feeling of uncertainty regarding such data collections and their use for artificial intelligence is growing. A recent study found out that half of German adults don't know what an algorithm is – still 73 percent want decision made by algorithms to be prohibited (Fischer, Petersen; 2018). It seems that technology that people don't understand evokes discomfort or fear. Artificial Intelligence is such a hard to understand technology. If this discomfort would turn into a general refusal, this would neither be in the interest of customers nor companies.
In this project we tried to develop a positively critical approach to artificial intelligence.

Ikos helps consumers manage their data. It becomes the central interface between a data emitting person and data recipients. Like a friend who has been entrusted with sensitive information, Ikos allows companies to access data only if this is in the interest of the emitter. Ikos informs the data emitter about the expected consideration and the possible consequences of a data transfer. Ikos as a local AI itself even learns from the emitters decisions.
Subsequently Ikos automatizes the decision whether data is given away and only informs the data emitter via unobtrusive notifications. In this way, the emitter knows at all times that his data is being passed on, but does not have to make a permanent decision himself. Ikos enables the data emitter to intervene at any time, to change decisions that have already been made and thus to further train Ikos.

By automating the individual decisions of numerous consumers, Ikos evaluates the preference of many data emitters for data transfer and can identify trends. Customers no longer stand alone against the market power of large companies with their data decisions, but become visible as interest groups. At the same time, Ikos makes the data flow more comprehensible for customers and thus allows constructive co-determination of the data emitters.

This concept was created as part of my master studies in cooperation with students from Kunsthochschule Weißensee / Berlin and was supported by BMW Group Design / Munich.
In July 2018 we were invited to speak with leading designers of BMW in Munich about Ikos. 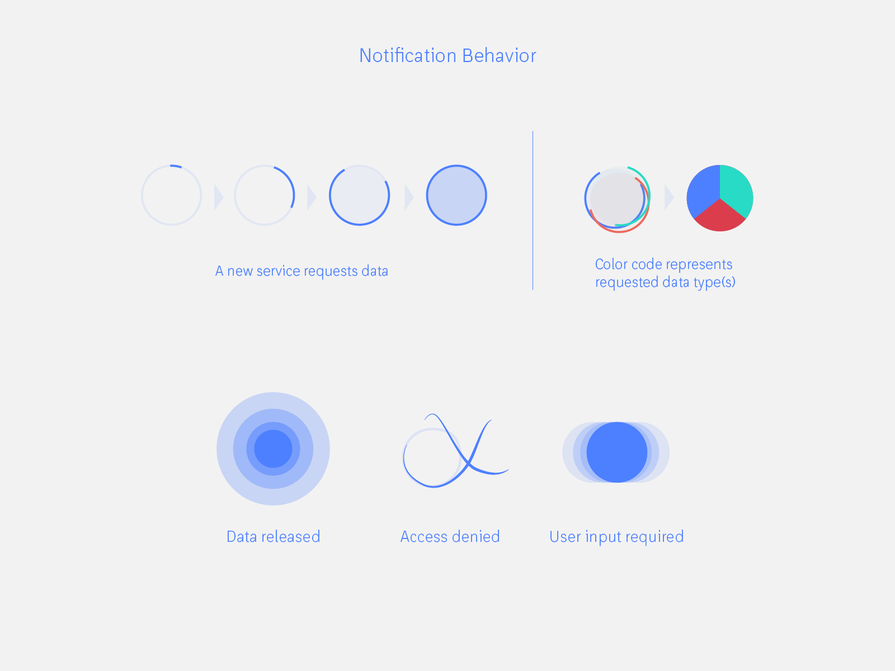 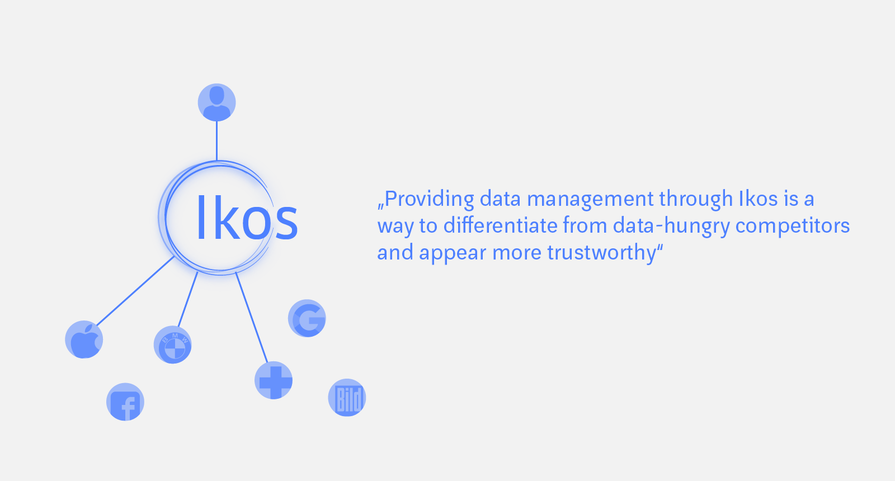